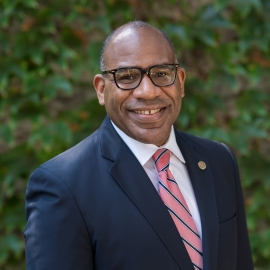 Reginald Lewis has an extensive background in the philanthropic, non-profit, state and municipal government, and higher education sectors. He recently served as the Executive Director of the Newark City of Learning Collaborative (NCLC), a citywide, cross-sector post-secondary attainment effort working to build Newark’s college-going culture and increase the number of Newark residents earning degrees and other high-quality credentials. NCLC is housed at Rutgers University-Newark, where Mr. Lewis also served as an Assistant Professor of Professional Practice in the School of Public Affairs and Administration (SPAA). While at SPAA, Mr. Lewis designed and taught the seminar, Servant Leadership in the Public Sector.

Prior to NCLC, Mr. Lewis served as Executive Director of The Chad School Foundation, Inc., a Newark-based education policy and advocacy organization that seeks to improve conditions in public school systems serving disadvantaged students. In addition, he has served as Executive Vice-President of United Way of Essex and West Hudson, Special Assistant to Commissioners in the NJ Departments of Education and Human Services, and City Administrator for the City of East Orange, New Jersey. As Administrator, he provided oversight of the municipality’s day-to-day operations and delivery of town services for nearly 70,000 residents.

His stints in philanthropy include positions with the Ford, Joyce, and Victoria Foundations, as well as The Fund for New Jersey. While at The Fund, he co-edited Better Schools, an issue report that outlines strategies for improving New Jersey’s K-12 public schools.

In 2010, President Barack Obama appointed him to the U.S. Commission on Presidential Scholars, an appointment held until December 2016. In 2019, Governor Phil Murphy appointed him to serve as co-chair of one of five working groups for the implementation of the New Jersey Higher Education Plan. He was also recently named to New Jersey’s Education Power 50 by NJBIZ. 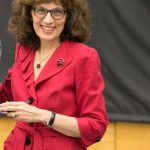 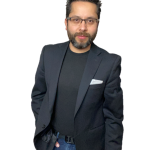