TDIndustries is a national mechanical construction and facility service company, headquartered in Dallas, with offices in Austin, Ft. Worth, Houston, Phoenix, and San Antonio. Founded in 1946, TDIndustries has developed into one of America’s premier specialty contracting companies. For sixteen consecutive years, the company has appeared in FORTUNE magazine’s list of the 100 best companies to work for in America. Jack Lowe attributes the trust which underpins their success to the employee-owned company’s “servant-leader” philosophy, in which all 1700 employees are Partners. 2012 revenue is about 375 million dollars.

Jack Lowe, Jr. joined TDIndustries in 1964, became the CEO and Board Chair in 1980, and in December 2004, retired as CEO. He currently serves on the Boards of Directors for Zale Corporation, Drew Industries, KDC, and NACD North Texas. He has always been an active community member, including service to the Dallas Independent School District and Dallas Citizens Council and has received numerous awards for his lifetime achievements. Jack graduated Magna Cum Laude from Rice University with a BA and BSEE degrees, and served two years in the U. S. Navy. He and his wife, Mary, have six grown children and nine grandchildren. 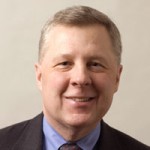 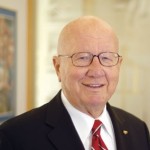