The Greenleaf Center for Servant Leadership is an international nonprofit organization whose mission is “to advance the awareness, understanding and practice of servant leadership by individuals and organizations”. We strive to achieve this mission through a variety of programs you will find described here on our website.

In the words of Robert K. Greenleaf, “A better society, one that is more just and more loving, one that provides greater creative opportunity for its people.” Both an ancient philosophy and modern practice, we envision that servant leadership as a movement will continue to enrich the lives of individuals and establish more people-centered institutions as well as strengthen its vital relationships. 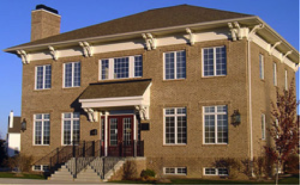 Robert K. Greenleaf founded the nonprofit Greenleaf Center (first called “The Center for Applied Ethics”) in 1964. Not long after, Greenleaf published The Servant as Leader, a landmark essay that coined the phrase “servant-leader” and launched the modern servant leadership movement.

Since its founding, the Greenleaf Center has been a thought-leader in the field of servant leadership and a good steward of Robert Greenleaf’s writings after his death. The Greenleaf Center built an extensive catalog of publications over the years and continues to add new ones each year. Our online bookstore offers these publications and other materials covering the subject of servant leadership.

For 22 years, the Greenleaf Center has hosted an international conference that connects, educates and inspires servant-leaders from around the world. Our annual conference remains the foremost event of its kind.

In more recent times, the Greenleaf Center has added online learning, speaking, and workshops to its offerings of servant leadership programs. We will host the Indiana Achievement Awards in 2013 to showcase servant-leader organizations in a way that will inspire and educate others.