By greenleaf
Posted December 9, 2014
In Blogs, Stories of Servant Leadership
0
1 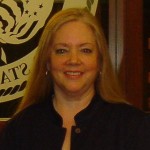 Last spring I made major presentations at the International Servant Leadership Conference in Singapore, and to the Center for Disease Control, highlighting the Veterans Health Administration’s progress in its journey toward Servant Leadership.  They were proud moments.   A month later VA was front and center in the media for denying access to care for thousands of Veterans.  A not-so-proud moment.  I speak to many groups about Servant Leadership in VA and I had to determine whether to continue that (would I be credible?) or go to ground!  I decided to use the situation as a platform to impress the importance of Servant Leadership in creating a work environment that helps prevent and mitigate crisis.

Much of what was published and broadcast about the VA over the next weeks was misrepresented, but the circumstances did force us to look at deficiencies in our processes and our culture, particularly related to service, psychological safety, openness and transparency.

With the appointment of VA Secretary Robert McDonald, Servant Leader characteristics and behaviors have been given a boost.  Having a track record as a Servant Leader himself, the Secretary has signaled his support  for educating VA leaders and potential leaders in this philosophy.

What have we done so far?

I have never liked the ‘burning platform’ strategy to move  an organization forward, particularly if it is contrived.  In VA’s case, the burning platform was unanticipated and real.  I believe that leaders who may not have embraced Servant Leadership in the past are beginning to see its practical and cultural advantages.  There is always a propitious time for new directions to flourish:  that moment when the planets align and minds synchronize.  I’m hoping that Servant Leadership takes off this year in VA – not only in curricula, measurement, policy, etc, but in hearts.

Sometimes a crisis brings moments of growth and gratitude…

Member, Greenleaf Center for Servant Leadership Board of Trustees