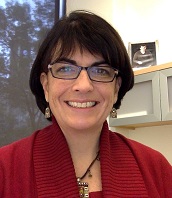 President Woodrow Wilson first proclaimed Armistice Day on November 11, 1919, an occasion marked with “solemn pride in the heroism of those who died in the country’s service and with gratitude for the victory, both because of the thing from which it has freed us and because of the opportunity it has given America to show her sympathy with peace and justice in the councils of the nations.” 1

Through various subsequent acts of congress, we continue to honor all those who have served in the armed forces on Veterans’ Day each year.

Committed to service and preserving democracy around the world, young men and women in the armed forces continue to be shining examples of selfless acts for the benefit of others. I am humbled by the stories I have heard of heroism in the face of extreme danger and unwavering loyalty.  At our recent Greenleaf Center conference, I asked a young lieutenant why she was driven to the study and practice of servant leadership. She explained that, in the stressful conditions they find themselves, it is critical that every member of the squadron knows someone will always have his or her back.  It goes beyond having trust in another human being—it is an indisputable truth embedded in the military’s culture.

How different would the world be if every inhabitant held that same truth? We would be more mindful of the way our decisions impact others and the broader society! We would act in a manner that serves rather than in a manner that takes. We would produce a healthier society.