The Servant and the Lion

In his epic 12th century tale Yvain, the Knight of the Lion, the French poet Chrétien de Troyes puts forth a poetic narrative of a knight that befriends a lion after saving the lion from a serpent (Troyes & Comfort, 2009). The tale states that on his quest, “Yvain arrived upon the spot he saw in a cleared space a lion, and a serpent, which held him by the tail, burning his hind-quarters with flames of fire” (Troyes & Comfort, 2009, p. 210).

In the tale, the knight is a servant leader in a servant’s dilemma – risk everything to serve another or live with the regret of inaction. Then there are the two beasts, a lion and a serpent. The concept of the serpent is one seen throughout religious texts and mythology, for example, the serpent in the book of Genesis or the serpents that make up the head of Medusa. However, for the context of this post, the servant leader sees the serpent as a representation of chaos and destruction. Opposite of the serpent sits the lion representing the dignity of the person. The situation is one where the servant sees humanity clutched in the jaws of chaos. To the true servant leader, this is a time to act.

Troyes goes on to describe how Yvain felt at the moment of seeing the spectacle and how he reached the decision to intervene on the lion’s behalf. In the tale, Troyes makes it clear that the knight is aware of how dangerous a lion can be. Yet even being aware of the danger, Yvain believed that such a magnificent creature was in need of protection, and if the lion decided to turn on him, he would deal with it. Here, the servant believes the possible sacrifice of self is worthy in order to save another. Furthermore, that servant leadership itself can be treacherous, yet it is still worth doing.

Troyes then gives detail about how Yvain rescued the lion, “But he had to cut off a piece of the lion’s tail to get at the serpent’s head, which held the lion by the tail. He cut off only so much as was necessary and unavoidable” (Troyes & Comfort, 2009, p. 210). In this situation, to save the lion, Yvain had to hurt the lion. Yet the knight was conscious of the lion as a whole and was willing to risk his own life further in order to do as little damage as possible to the animal. In the battle, Yvain raises his shield to the fire of the serpent and moves in as close as possible to make the kill. From a servant leaders prospective, this goes to the third pragmatic question that Greenleaf (1977/2002) asked, “What is the effect on the least privileged in society–will they benefit or at least not be further deprived (p. 27)?” The actions of the servant leader could not deprive the creature of anymore then was necessary.

Then something happens once the serpent is dead and the lion is free; the lion befriends Yvain, “And the lion walks close by his side, unwilling henceforth to part from him: he will always in future accompany him, eager to serve and protect him” (Troyes & Comfort, 2009, p. 211). This represents Greenleaf’s (1977/2002) second pragmatic question, “Do they, while being served, become healthier, wiser, freer, more autonomous, more likely themselves to become servants” (p. 27)? Here the lion becomes a servant to the one who served, thus creating that cycle of service between leader and follower.

When I read the poem, I realized that it’s a metaphor for the struggles that servant leaders face and the courage it takes to serve others above self. I encourage individuals on their lifelong journey to seek a servant’s heart to look at works such as Yvain, the Knight of the Lion and other epic tales to spark meaningful reflection on what it means to be a servant leader. 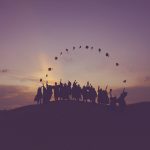 A Novice’s Journey: A Gift for Commencement 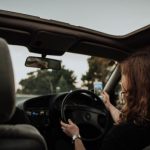