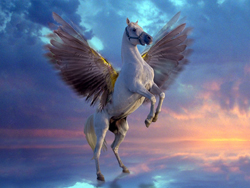 The most prevalent ones are summarized and briefly discussed below.

Servant leadership does not work because people cannot be trusted.
This second myth is based on the erroneous assumption that most members of organizations are inherently dishonest. In his article in the book Focus on Leadership, Leadership for the 21st Century, Max DePree writes that servant-leaders strive to build mutual trust. He cites a note written by an industrial engineer, “Your trust is the grace that enables me to be creative.” Mistrust, on the other hand, does not lead to creativity or initiative. It leads to closed doors and a silo mentality.

Servant leadership can’t be effective because it cedes too much power to employees.
People must be coerced to perform.
People are inherently selfish.
Servant leadership is not about acquiring power or gaining control over others. The assumption underlying each of these myths is that members of the organization will serve only their own interests. I vividly recall a new president who arrived at one university; and, acting upon this assumption, nearly destroyed the organization, itself. Prior to his arrival, faculty and staff regularly met at the student union coffee shop, where many conflicts and issues were informally resolved. The new president made it known that he alone had authority in the institution. He dismantled all political structures, removing heads of departments, and discouraging the coffee shop meetings. In a brief period of time, faculty/staff input disappeared, the informal social networks disintegrated, and the casual communication channels moved underground. Noteworthy were the closed office doors all across campus.

In the book cited above, Nancy Ruschman quotes Jim Blanchard when he was CEO of Synovus: Great Leaders are responsible for creating environments in which people care about each other, share pride in a common goal and celebrate the successes of all. For this atmosphere to flourish, we have to realize that, though we can’t change everyone around us, we can change ourselves and make a difference.

Goals in organizations which espouse servant leadership are not well defined.
Servant leadership does not contribute to the financial health of an organization.
These myths are based on the assumption that servant leadership is an inadequate structure for achieving organizational goals. A corollary and often implicit assumption underlying these myths is that goals must be “dispensed” from the top down within the traditional hierarchical administrative structures common to many organizations. To refute this assumption, we can revisit the story of Leo (by Herman Hesse) as retold by Robert Greenleaf in The Servant As Leader. It describes the journey of a band of travelers accompanied by a servant named Leo. He provided many of the seemingly mundane services that allowed the band to make needed progress. After a period of time, Leo disappeared, only to reappear as the host and leader when the band reached its ultimate destination. The true servant leader, like Leo, contributes to the realization of organizational and individual goals from “the bottom-up.”

In the book Learning to Serve, Serving to Learn, an incident is described which is emblematic of a leadership style based on the assumptions underlying each of the above myths. The accreditation of a university and its flagship program had been suspended, pending further evaluation by a national accreditation body. Just before the accreditation agency returned to campus, the college president required the dean of the program to place expensive ficus trees in a dark hallway of a recently remodeled building.  Following the team’s visit, the dean explained to the president that the trees would not survive in that unlit space. The president ordered them to remain in the hallway, emphasizing that it was his decision to place the trees, not the dean’s. As months passed by, the dead leaves of the dying ficus trees accumulated on the carpet, a symbol of mistrust.

One day without warning the dead ficus trees disappeared—right after the president had passed through the building for the first time since the visitation. They were never mentioned again. While the story of Leo is a metaphor of servant leadership, so is the ficus tree story a metaphor of an opposite philosophy.

Awareness of these myths and underlying assumptions is the first step to removing barriers to servant leadership. We all know or have worked in situations where a leader has modeled servant leadership. In a line from T.S. Eliot’s poem The Four Quartets, quoted in Learning to Serve, Serving to Learn, it is the “grace of sense, white light still and moving,” that describes the high level of trust and service orientation to which servant leaders aspire. To the extent that servant leaders foster and model these values is the extent to which their colleagues can become servant leaders themselves. To paraphrase the statement reported by Max DePee, trust is a grace that fosters creativity and initiative. It applies equally to all members of an organization. It is essential where individual good is intentionally linked to the good of the organization.

School is in Session 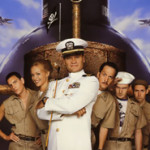 Down Periscope: The Submarine Crew that Grew Taller