The Lure of Peak Performance 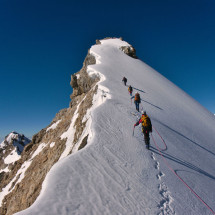 Looking for a “performance enhancing drug” for your team?

Headlines in recent years have featured several prominent athletes who found themselves steeped in controversies over their use (alleged or otherwise) of performance enhancing drugs. Many of them were stripped of titles and championships. Several lost lucrative endorsement deals. One even lost his leadership role in an international charity. All of them ended up with tarnished reputations that cast a dark shadow on their careers and provided legitimate reasons to question their accomplishments.

All of this was brought on because they sought to edge out their competition through the use of performance enhancing drugs. Hey, if we’re honest, at some point in our lives, haven’t many of us been enticed by the lure of a shortcut to success? I know I have.

If you are a leader—at any level in an organization—most likely you’re evaluated based on the performance of your team. And that evaluation drives critically important factors regarding you. Perhaps it’s your annual performance review that affects both your pay and your elevation in the organization. For the most senior leaders in publicly held companies, this performance also affects the stock price and market capitalization of the company.

Just as in professional sports, much is at stake in the business world, and the lure of performance enhancement is strong.

Imagine if someone could offer to improve the performance of your entire team, not just one or two star players, but the whole team— would you be interested?

What if the ripple effect of this booster drug resulted in higher levels of engagement from all members of your team? What if it increased job satisfaction and personal fulfillment for all your employees? What if it also delivered decreased costs, increased efficiency, and what the heck, let’s just say it also increased market standings and profitability?

Wondering where you can score some?

Well, sorry to disappoint you. No such performance enhancing drug exists that delivers all of these results ….

But, there is a performance enhancing philosophy that, according to many leaders within organizations that have implemented it, gives results similar to those listed above … and even more.

And that philosophy is called servant leadership!

Earlier today I interviewed Cheryl Bachelder, CEO of Popeyes® Louisiana Kitchen, for an upcoming Servant-Leader Session podcast. She noted their sales are up 20% over the last five years and she attributes that growth to their practice of servant leadership.

At Popeyes®, implementing servant leadership has been a six-year journey and it continues today. Becoming a servant-leader or a servant-led organization is a lifelong aspiration and journey. There’s never a point at which you fully arrive, cease your efforts, and rest on your laurels.

At the Greenleaf Center for Servant Leadership, we think they are on to something. Something that is practical, yet powerful in its ability to change the course of people, organizations, communities, and the world. The performance enhancing philosophy of servant leadership can be miraculously transformational! 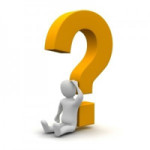 I Don’t Know…
The Wisdom in the Room