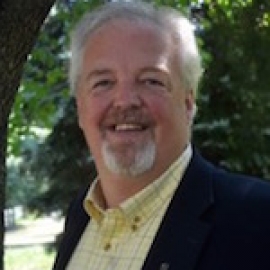 Phillip G. Anderson has been a consultant, trainer, staff person, and Advisory Council member of the Robert K. Greenleaf Center for Servant Leadership.  He joined the Center as a seminar and workshop consultant in 2010. Anderson has designed and presented servant leadership seminars and workshops to individuals, business and industry, healthcare, community leadership, youth, government, agriculture, higher education, philanthropies, and non-profit organizations.

In addition to his involvement with the Greenleaf Center, Phil is the founder and Chief ReThinker at re;Think Consulting Group. He helps individuals and organizations explore ideas through new conversations and connect people with a passion to serve. Anderson consults in many areas including food and agriculture, rural and community development, servant leadership training, cultural tourism, and planning and facilitation.

Two Indiana governors recognized him for his efforts in serving Indiana agriculture as he was named a Sagamore of the Wabash (the state’s highest honor) and a Distinguished Hoosier. In 2003, he became the youngest recipient of the Purdue Agricultural Alumni Association’s Certificate of Distinction, its highest honor. He has also been honored for his service and leadership in land use; cultural heritage tourism; the Purdue Council on Agriculture, Research, Extension and Teaching (P-CARET); and Rotary International.

He has a B.S. in agricultural sales and marketing from Purdue University. He is a Class 2 graduate of the Indiana Agricultural Leadership Program, presented by the Indiana Institute of Agriculture, Food and Nutrition, now AgrIInstitute, and later served as its chairman.

Phil and his wife Beth, a healthcare communications professional, have two grown daughters and live in Carmel, Indiana. 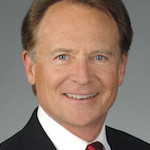