Mr. Haskins has been President and Chief Executive Officer since January 2009 after serving as Chief Operating Officer and Senior Vice President since 2008. Previously Mr. Haskins served as Vice President of Operations. He joined the company in 1983 after graduation from Virginia Military Institute with a Bachelor of Arts in Economics. He also attended Executive Programs at the Darden School of Business (University of Virginia). 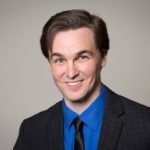