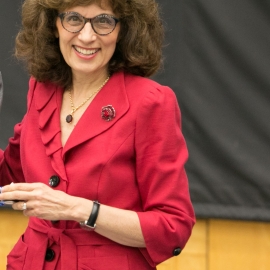 Dr. Karen Boroff served as Executive Vice President and Interim Provost from January 1, 2017 – June, 2020. In this capacity, among other accomplishments, the University implemented a comprehensive undergraduate leadership program and a new cyber-security undergraduate certificate. In 2018-19, through the generous donation of Mr. Stephen Lovelette, she organized the Lovelette Series. This interdisciplinary series centered on important encyclicals and also explored the concept of water through the disciplines of the University. She, with her fellow CFO, established income statements for each of the colleges, a request of the Board for many, many years. Her case study, “The Incident in Kabul,” was recognized by the Case Research Journal in 2018 as its best case published in 2017.

She worked to establish the first-of-its-kind partnership with Historically Black Colleges and Universities, Seton Hall University, and the State of NJ to develop a pipeline of faculty of color for higher education institutions in NJ. Boroff joined the faculty in the Department of Management at the Stillman School of Business in 1989.  She was promoted to Associate Professor in 1995 and then to Professor in 2000.  From 2000 to 2010, she served as Dean of the School.  During that time, the School dedicated its focus to transforming concepts into practice and advanced its reputation, including the rankings of US News and World Report and the Business Week / Bloomberg.  The School’s Trading Room was built, propelling the School’s prowess into preparing students for careers in finance, and Stillman students began earning first place awards at prestigious finance competitions.  Relying on the many excellent alumni in the field of accounting, the School developed its stronghold in Entrepreneurship, with dedicated scholarships for students, its annual Pirate Pitch competitions, and its Hall of Fame dinner.  The Sharkey Sports Polling Institute was founded, enabling students to hone their market research techniques in this discipline while advancing the Stillman and Seton Hall brands.  The School’s newspaper, The Stillman Exchange, also began.

International relationships were expanded, especially in China.  Beyond this, the School continued to maintain its accreditation status with the AACSB and, as well, earned the specialty Accounting Accreditation by that same agency.  The School earned “best in class” its strong assessment programs by the Council for Higher Education Accreditation in 2008.  The School developed more pipeline scholarships for its students, and established the School’s Integrity and Professionalism hallmarks. Boroff spearheaded the creation of the NJ Business Honor Society, a statewide honor society for undergraduate students studying business in the State’s 2-and-4 year colleges.  With NJPRO, she created the state-wide Bright Idea Award, recognizing the scholarship of the faculty in business in the Garden State.  She served as President of the Middle Atlantic Association of Colleges of Business Administration, and was on the boards of the New York Society of Security Analysts, Beta Gamma Sigma, the international honor society for business students, and the West Point Society of NJ.
Boroff returned to the faculty in 2010.  As a professor, she earned the University’s Outstanding
Teacher of the Year Award.  Her research has been published in the Industrial and Labor Relations
Review, the Labor Law Journal, Labor History, the Case Research Journal, the Armed Forces Journal, and
Army Magazine and she has been cited in the media on topical issues in management and labor relations.  In October 2016, she and Major Matthew Pratt co-authored a paper, earning the Gold Award for Best Case at the North American Case Research Annual Meeting.  In 2017, she earned the Outstanding Reviewer for the Case Research Journal. She has been a visiting professor at the United States Military Academy at West Point, the Management Center Innsbruck, in Austria, and Anhui Normal University in Wuhu China.  Boroff has served with several volunteer associations; she currently volunteers her time at her local parish, St. Patrick in Chatham, NJ, where she is a Eucharistic Minister and teaches religious education to elementary school children.

Boroff earned her undergraduate degree from Cornell University, the MBA from Lehigh University
and the Ph.D. from Columbia University.  She is married to Joel Boroff and has two children, both
who are captains in the United States Army. She volunteers her time as a teacher of religious
education at St. Patrick Parish in Chatham, NJ. 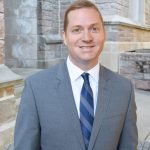 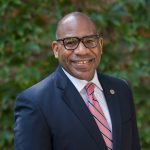