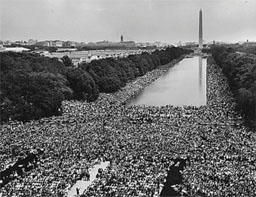 People often characterize servant leadership with words like “warm” or “fuzzy” or “soft.”

But I often characterize servant leadership as “disruptive.”

Disruption is defined as “a breaking apart; a rupture; a throwing into disorder.” Why would I say servant leadership is disruptive?

Because, as I see it, servant leadership is often disruptive of the existing status quo.

Robert K. Greenleaf, the founder of the Greenleaf Center for Servant Leadership, spent 38 years working for AT&T – in its day the largest business on the planet. He retired in the turbulent 1960s. He wrote his most important essay, The Servant as Leader, in 1970.

In short, people called for change in leadership.

Greenleaf’s response to that call was a very disruptive idea: that leaders should be servants first and leaders second. Greenleaf offered a refreshed form of leadership philosophy – servant leadership. He appealed to leaders to take a big picture view of the world and act for the common good. Greenleaf called on leaders to share power and to put the growth of others as a top priority.

Greenleaf’s ideas about servant leadership were disruptive because they turned commonly held notions of leadership success upside down. Greenleaf said true leadership was not a means to fame and fortune. Greenleaf counseled listening rather than talking, humility rather than hubris, trust rather than fear, and selflessness rather than selfishness. Greenleaf denied that leadership was about getting to the top of the corporate ladder or securing a desk in a corner office. To the contrary, Greenleaf urged leaders to “flip the organizational pyramid” and place themselves at the inverted point at the bottom, supporting and serving others.

Just like in the 1960s, I believe people today are calling for change in the way leaders lead, and I believe servant leadership remains the answer to that call.

What do you think?