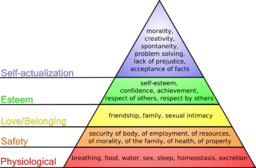 Let’s look at the negative connotations first, as they create stumbling blocks for many.  And, in some instances, these struggles are legitimized by personal histories. Serving and servanthood are often associated with servitude, where a person, or group of people, is forced into bondage and subjection as a slave to another – that’s slavery and bondage. In the context of servant leadership, however, serving and servanthood are not at all synonymous with servitude.

A thorough reading of Robert Greenleaf and it is quickly understood that power and its proper use are central themes and tenets of servant leadership. Any abuse or misuse of power for personal gain or advancement is contrary to servant leadership.

Servant leadership is also misunderstood when people confuse wants and needs and seek leaders to cater to their wants, whims, and wishes. Instead of choosing a leader who serves their legitimate needs, they want a genie who grants their wishes.

That would be butler leadership, not servant leadership.
A classic quotation from Greenleaf is: “The servant-leader is servant first. It begins with the natural feeling that one wants to serve, to serve first. Then conscious choice brings one to aspire to lead.” Greenleaf held a high and noble view of service and envisioned servant-leaders helping their followers navigate Maslow’s hierarchy of needs.

Perhaps our best glimpse into how Greenleaf understood serving is summarized in what he offered as the best test of servant leadership. “Do those served grow as persons: do they, while being served, become healthier, wiser, freer, more autonomous, more likely themselves to become servants? And, what is the effect on the least privileged in society; will they benefit, or at least, not be further deprived?”

As I read Greenleaf’s best test, it’s like watching people ascend the heights of Maslow’s hierarchy of needs. Having their physiological needs (food, water, shelter) met and their higher level needs of safety, belonging, and esteem satisfied, they reach the point of self-actualization and are now at a place where they too become servants of others and are able to reach out and help them on their journey.

It’s a virtuous cycle of service.

A servant-leader may indeed serve you a cup of coffee or tea or even help you change a flat tire, but please don’t mistake random acts of service by someone in a leadership role as being the same thing as servant leadership. The best test of servant leadership isn’t whether or not a person occasionally serves others, but whether they serve others in such a way that they too join the chorus and carry on the virtuous cycle as an authentic servant-leader.