By greenleaf
Posted June 6, 2017
In Blogs, Stories of Servant Leadership
3
0

Can you be both a servant and a leader? If so, can you be effective in the real world? I think the answer to both questions is yes. The purpose of this essay is to explain why and how.

The idea of The Servant as Leader came to me as a result of reading a book by Herman Hesse, Journey to the East. It is the story of a band of men on a mythical journey. The key person in the story is Leo. He is a servant who does chores for the travelers, but he also lifts their morale with his positive spirit and his singing. He is the glue that holds the group together. The travelers all sense Leo’s extraordinary presence.

The journey goes well until one day when Leo disappears. Without Leo, the group falls apart, and the journey has to be abandoned. They simply can’t continue.

The traveler who tells the story goes looking for Leo, and after some years of wandering, he finds Leo. He discovers that Leo, whom he had known first as servant, was in fact the titular head of the Order that sponsored the journey. Leo is its guiding spirit, a great and noble leader.

You can imagine what Hesse was trying to say when he wrote this story. To me, this story clearly says that the great leader is seen as servant first, and that simple fact is the key to his greatness. Leo was actually the leader all of the time, but he was servant first because that was what he was, deep down inside. That was his true character. He was given a leadership position, but he was by nature a servant—someone who was focused on helping others. The leadership position that was given to him could be taken away. His servant nature—his desire to help others—was a part of his character, and it could not be taken away. That’s why he was a servant first, a servant at heart.

KENT: The last paragraph in this opening section is crucial to understanding servant leadership. Greenleaf gets our attention by taking two words that our culture defines as opposites—“servant” and “leader”—and putting them together. While the two words are tied together by a hyphen, Greenleaf makes it clear that the two words are not equal. The word “servant” is the foundational word. A servant-leader is always a servant at heart. She will be a servant at heart before, during, and after holding a leadership position, because that is who she is, deep down inside. The leadership position can be given or taken away, but the servant nature remains.
I recall with a smile a suggestion made by Stephen Prosser in his essay, Servant Leadership: More Philosophy, Less Theory. He suggested that if there is to be a theory of servant leadership, it should be a theory of servanthood, not a theory of leading. The desire to serve is the single most important characteristic that distinguishes a servant-leader from all other leaders. 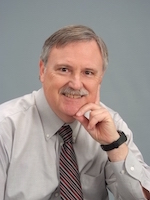 The Contemporary Servant as Leader

from the original essay

Join us as we discuss the Contemporary Servant as Leader with Kent Keith, President Emeritus of the Greenleaf Center for Servant Leadership.Register now! 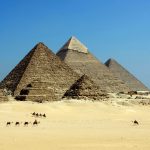 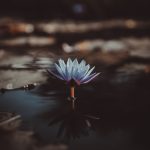 A More Just and Caring Society