A Novice’s Journey: From Cowardly Lion to the King of the Forest.

My favorite movie is The Wizard of Oz. Honest … ask my family!

While each character is packed with life’s lessons, Lion’s longing provides an amazing metaphor for courage at work on the servant-leader’s journey. When the Wizard declares that he was always courageous, Lion steps out and accepts his place as a co-leader with Scarecrow and Tin-man.

Throughout the telling of the story, Lion is racked with fear. In the company of new friends, he encounters challenges that would have paralyzed him if he faced them alone.

As is frequently the fact, courage proved not to be the lack of fear; instead, it was and is acting to achieve something despite the fear.

What are we afraid to encounter on our servant-leader journey?

Ten years ago, I met a middle-aged white man who led the Diversity and Inclusion Department for a large corporation. He was so committed to his work; but more than that, he felt it was his obligation to share the journey he was on to understand his own biases, recognize his privilege and live his values more fully than ever before. He inspired so many of us to challenge our own beliefs and behaviors as it relates to race. Frank is a King of the Forest!

Maybe, we fear being ostracized from a group that we take comfort being a part of. How often do we hold our points of view in check to keep the peace? Courage is communicating our thoughts clearly and calmly so as to compel others to reflect and respond.

Earlier today, my friend Kelly was among four amazing women on a panel discussing how to increase female participation on boards of directors and senior leadership within corporations. Kelly and I “grew up” at IBM together. She took the path of serial tech entrepreneur. Beyond being super proud of her, I learned something new about her journey and the courage of one of her early board chairs, Tom. Tom believed in Kelly’s leadership, the value her business would create and the strength of her management team. When challenged by a prospective investor, Tom stood by all he believed in and upheld his commitment to Kelly, her business and her team. The company flourished.

Both Tom and Kelly are Kings of the Forest.

Or is it that we fear consequences? Here, I am reminded of the thought of “that which does not kill us makes us stronger.”   Clearly, there are easy choices to make that neither kill us nor make us stronger. It doesn’t take a great deal of courage to make those. The courageous choices come from risking our position, our reputation and, for some truly courageous, our lives for what we believe.

History is filled with stories of those who were willing to stand up for what they believed in. My mind immediately goes to those who risked everything to rescue Jews from the horrors of the Holocaust.

Raoul Wallenberg, Giovanni Palatucci, Oskar Schindler and so many others were Kings of the Forest.

The stories of true courage are humbling. Courage moves us reaffirm our beliefs, recommit to the growth of others and create a more loving society.

With you on this journey, 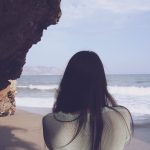 The Least Among Us 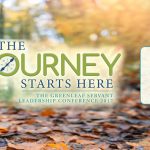