The Least Among Us

Are we conscious of the most vulnerable among us? Do those of us gifted with privilege, power and say reflect upon the ramifications of our actions and the impact our decisions have on the most vulnerable? Greenleaf’s (1977/2002) seminal essay The Servant as Leader asked three questions, the third being, “what is the effect on the least privileged in society; will he benefit, or, at least, will he not be further deprived” (p. 27). Greenleaf was talking about the most vulnerable, those who find themselves on the lower rungs of the socioeconomic ladder. These are the faceless, the expendable, those who traverse life’s tightrope stretched across a canyon of catastrophe.

To be part of the vulnerable population means being a voiceless member of an invisible class seemingly void of justice and viable choices. These are individuals caught in a cycle of continuously seeking out the basic physiological needs just to survive. For as Maslow (1943) stated, “the man who is extremely and dangerously hungry, no other interests exist but food. He dreams food, he remembers food, he thinks about food, he emotes only about food, he perceives only food and he wants only food” (p. 374). This is what it means to be vulnerable, to dwell in a state of physiological need.

To understand vulnerable, imaging walking along the edge a cliff. Your concentration and energy focused on keeping from falling. As you walk, all you can see is the ground, all you can think about is the next step. To look away for just a moment means the difference between life and death. Each step you take causing a cascade of earth to continuously give way, crumbling beneath you, coming to rest hundreds of feet below. This is the reality of the least privileged, needing to use what little they have just to survive and keep from falling off life’s cliff.

One must become keenly aware of the least privileged if one desires to be a servant leader. When decisions are made from positions of power, the plight of the most vulnerable need to be acknowledged. For even the smallest of changes that go without notice in the circles of the fortunate possess a power to seriously impact the least privileged in society.

Author of: THE DESIRE TO SERVE: SERVANT LEADERSHIP FOR FIRE AND EMERGENCY SERVICES 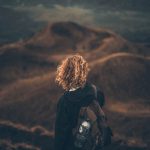 A Novice’s Journey: Seek to Seek or Seek to Find. 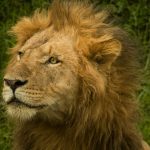 A Novice’s Journey: From Cowardly Lion to the King of the Forest.