By greenleaf
Posted March 13, 2015
In Stories of Servant Leadership
0
0 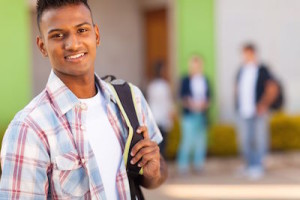 Leadership doesn’t mean “being the boss”, receiving an entitlement to more benefits than others or that you automatically deserve the respect of your peers. It starts with the heart – where if it takes root, leadership sprouts into something far greater than being the one in charge. It then becomes a position of influence and should be where love and trust grow, and where people reciprocate the respect, service and kindness that are given to them. Leadership only thrives when your character and your love for people coexist. Without these two things, a true leader cannot be born.

As a recreational therapist and teacher at a therapeutic boarding school for adolescent boys, I witness the beautiful transformation of youth everyday. The most powerful moments I have experienced with them have been during acts of service. In past experiences, I attempted to teach others how to be a leader. For example, I have advised youth by saying: “Set a good example.” “Be vocal.” “Be proactive”. However, I soon realized that all of these statements were the equivalent of making efforts without purpose and did not internalize themselves in the kids’ hearts. It wasn’t until I started learning more about and identifying the ideas of Servant Leadership that my understanding changed.

One of the first projects that our teenagers at Cherry Gulch embarked upon was painting fences for a local BMX racing track where they enjoy free, weekly access to during the warms months of the year. This started as a chore for them, though some were uncertain if they wanted to go. The boys were given the option to return to campus or to remain to help with whatever and however they were needed. They unanimously agreed to endure the stormy condition to complete the project. For two more hours, the boys worked in the cold, pouring rain with smiles on their faces while they did so. Surely, they embodied sacrifice, determination, perseverance, hard work and selflessness. Not only did the service enhance leadership qualities within them, but it also helped them to have respect for the local bike park – they invited us back again shortly after – toward each other and other students who heard about what they had done. In serving others, they became leaders who could be admired as inspiring and worthy of respect.

Overall, servant leadership has changed the way we evaluate cultivating leadership skills with our youth and the way we choose to be leaders in their lives. We serve our students in the same manner they serve one another and their communities in order to sustain trust and respect while being role models deserving of leading a group of people towards their own potential.

The Hine Bibliography of Resources in Servant-Leadership 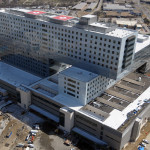