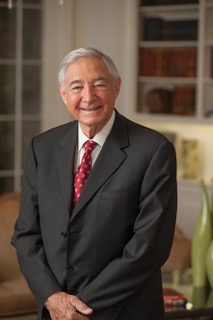 By Kelly Spors, Writer and Editor for Greenleaf Center for Servant Leadership

Jack Lowe Jr. became CEO of TD Industries, a Dallas -based builder and facilities management company in 1980 after the death of his father and company founder, Jack Lowe Sr. In late 2004, Lowe stepped down as CEO himself.

Choosing the right person to succeed him was a rigorous process. Lowe wanted to ensure the new leader maintained the company’s servant leadership culture while possessing the right management skills to steer the company—which today has about 2,000 employee—well into the 21st Century.

He ultimately chose a longtime executive for the company, Harold Macdowell, who still serves as CEO today. We recently spoke with Lowe about the succession-planning process and what went into that decision.

How long in advance did you start planning for your succession?

Lowe: We have a policy at TD Industries that the chief executive can’t stay past age 65. So when I got to about age 60—sometime around 2000—I realized that I really had to start focusing on my succession.

Q: What were the first things you did to prepare?


Lowe: I made a list of about a dozen people I knew from other companies who had been through succession planning—either the former CEO or the new CEO. I spoke with each person individually. I asked them a bunch of questions: How did you handle succession planning? What went wrong? What went right? I got a lot of good feedback from people who’d been through the experience.

Another thing I did early on was change my direct reports. Another longtime colleague of mine, Ben Houston, and I each had half of the senior executives working for us. We switched groups, so that I managed the other half for a while. That really helped ensure I had exposure working with all the senior leaders.

Q: How did you narrow down the list of contenders?

Lowe: We had a group of about 19 senior executives that I originally looked at. Some didn’t have as much experience as others, so I put them in new roles and let them take on extra responsibility to see how they did. I eventually narrowed it down to a group of about four executives who I thought would be a good fit for the CEO role. I had our planning committee members fill out a servant leadership survey that assessed all four candidates individually on their leadership qualities and then spoke with the committee members one on one. By mid-2004, I recommended to the board that Harold become the next CEO. All but one approved my recommendation.

Q: Did you look at external candidates or just within TD Industries?

Lowe: We very much wanted it to be an internal candidate. All the research shows that internal candidates have a much higher success rate than strangers. We also value our ability to develop leaders from within and knew we had several good internal candidates. For the employees—who we call partners—having somebody they knew, trusted and respected was important.

Q: Why did you ultimately choose Harold?

Lowe: Through all the assessments and other things we did, Harold simply emerged as the clear best candidate. I can’t tell you it was three specific things. I thing I learned in the process is that some people think they want to be CEO—or they want the title—but they don’t really want the job. Being CEO is tough and it’s requires a lot of responsibility and tough decisions. Harold knew what being CEO entailed and even after that.

Jack Lowe will be interviewed during a webinar for Greenleaf members on October 13, 2015.