By Kelly Spors, Writer and Editor for Greenleaf Center for Servant Leadership 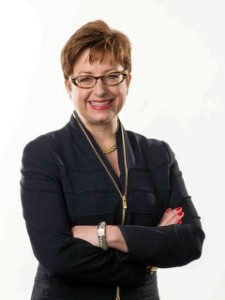 The Home Depot, the world’s largest home-improvement retailer, is known for its employee- and store-centric culture—one in which store associates are encouraged to be entrepreneurial and serve customers to the best of their ability. Managers are trained to be coaches, not bosses.

Carol Tome, chief financial officer, has been with the company for about 20 years and experienced a major cultural shift over that period. We recently interviewed Tome about how Home Depot managed that cultural shift and ultimately decided to move back to the culture instilled by its founders 36 years ago.

Q: What makes Home Depot’s culture different from other retailers?

Tome:We have the same values-based culture today that we had when Bernie Marcus and Arthur Blank opened our first store in 1979. These include things like giving back, taking care of each other, respect, creating value and customer service.

Perhaps most unique to our culture, though, is the management construct we call the inverted pyramid. Our executive team sits at the bottom of the pyramid and the associates serving customers are at the top. We believe this is the secret sauce, because we at the bottom bear the responsibility for our actions and the decisions we make. It’s a heavy weight, considering we have more than 2,000 stores and 400,000 people. We bear that weight to free up our associates to take care of our customers. It really all goes back to a Bernie Marcus saying that we still live today: If we take care of our associates, they’ll take care of our customers, and everything else will take care of itself.

Q: How has Home Depot’s culture changed since the company was founded?

Tome: They tried to change the culture once, but it didn’t work. At the end of 2000, the founders were thinking about succession planning and the need to bring in someone who would take Home Depot from what had been the fastest-growing retailer on earth to one that needed to grow with more infrastructure and technology—things they hadn’t really focused on. They brought in a new leader from the outside to run the company. This person was experienced, but he turned the pyramid around so that leadership was at the top and associates at the bottom. That made the associates responsible for the actions taken. We sort of lost our way during that period, and Home Depot’s market share receded. In early 2007 Frank Blake became our CEO. On Frank’s first day as CEO, he read from a book written by Bernie and Arthur that talked about the inverted pyramid. Frank flipped the pyramid back around, so that he was at the bottom and associates were at the top.

Q: What did Blake do to convince employees that reverting back to the original culture made sense?

Tome:Many actions he took immediately were symbolic. For example, I sit on the 22nd floor of our Store Support Center in Atlanta and used to have a badge to bypass all the other floors on the elevator. He took those away. Most importantly, though, is what the company did during the Great Recession. Between 2006 and 2009, we lost $13 billion in sales. We closed stores, exited certain lines of business and eliminated 1,000 people at our Store Support Center. But during that time, many other companies reduced workers’ wages. Our hourly associates continued to receive merit increases, get 401(k) contributions and receive bonuses through a program called Success Sharing. We invested in our people because we believed to the core that when the economy started to turn around, we’d come out even stronger. That’s turned out to be true. By 2014, we earned back what we lost and then some. We had the best sales and earnings year in our company history.

Q: Was there resistance among store managers and associates to changing the culture back?

Tome: There really wasn’t. Once we started doing the symbolic moves and continuing to pay our people and hand out bonuses during the recession, they said, ‘OK, I get it.’ A company’s culture is started the day it is born. Peter Drucker said it best: Culture eats strategy for lunch. Every company has a unique DNA—just like people. You could not change that culture to change your life. 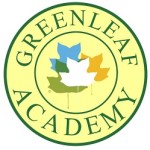