Someone recently suggested to me that “Employee engagement has been written about and talked about so much that it’s really a tired topic.” I’ve heard this before, and in part I think it’s a reflection of our culture’s obsession with the Next New Thing. Whether it’s the latest political crisis, celebrity scandal, electronic toy—our individual and collective attention span seems to constantly grow shorter.

The real issue here, it seems to me, is that for as much as employee engagement has been researched and written about over the past ten or more years, the fact is that we still haven’t come close to solving the engagement problem. According to Gallup, which has been tracking employee engagement in the US since 2000, less than one-third of US employees are engaged in their jobs. Nearly 20% are “actively disengaged,” which by Gallup’s definition means they “aren’t just unhappy at work; they’re busy acting out their unhappiness. Every day these workers undermine what their engaged co-workers accomplish.”
So basically what this means is that two out of three employees in the US go to work without feeling a strong emotional and intellectual connection to their organization, their job, and their colleagues—the kind of connection that leads to their putting in that extra effort to get the job done right. Is there any doubt that this has a negative effect on performance?

It seems to me that the issue is not that employee engagement is a tired topic. The problem is that most organizations haven’t solved their engagement problem. Given how much has been written on the subject, why is that?

I think it’s because creating—and sustaining—the kind of culture that produces high engagement is just plain hard. And most leadership teams don’t do the hard work to make it happen. They may put raising engagement on their list of goals for the year, but all too often they don’t include it in the strategic plan. Or if it is included, it rarely receives top of mind status within the plan or at executive or board meetings. This in spite of the compelling research that highly engaged organizations perform better across most of the dimensions within those strategic plans.

The fact is that building an engaged workforce means addressing or changing your culture, which is difficult and takes time. It’s not enough to get excited and implement some new benefits or other employee-focused programs. While this may bump up an organization’s engagement scores in the short term, all too often that progress then actually leads to a loss of momentum. Engagement falls off the radar screen. Managers and employees come to see the engagement initiative as just another “fad” in a long line of fads. The managers slip back into old behaviors that lead to dis-engagement.
What can be done to keep this from happening? No one has all the answers; I know I don’t. But I do know that in the organizations I’ve been part of, we were successful in building and sustaining an engaged workforce only when engagement became an integral part of our strategic plan. When we defined—and tracked—a set of clear engagement metrics. When we gave those metrics visibility at the most senior levels, and managers had at least 25%-40% of their annual review weighted on their progress and achievement of their engagement goals. When engagement received the same level of planning effort as any other major business change effort within the company— and when that plan was communicated as such. 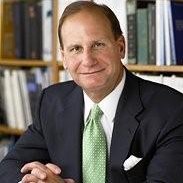 Author of: The Engaged Enterprise: A Field Guide for the Servant-Leader

A Novice’s Journey: Providing is Not Serving 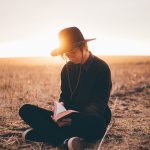 A Novice’s Journey: Where does wisdom come from?