A Message for Our CEO

In Give and Take, Adam Grant tells the story of Sampson who decided to make a bid to run for election into the U.S. Senate after serving eight years in the Illinois State Legislature. Polls showed that he was in second place with 38% of the vote; however, he withdrew, allowing the third-place candidate to pull ahead and narrowly win the election. Why would he do that?

First, he did not trust the front-runner’s methods or their motives. In fact, that candidate was indicted for fraud the year after he lost the race. Second, he believed that he shared common positions on the issues that he felt were in the best interest of the state with the third-place candidate. Finally, that candidate had a small, but loyal following, who would never waver. He placed others ahead of himself and built a solid reputation in the process.

Sampson was, in fact, Abraham Lincoln. There are so many lessons in servant leadership that we can learn from Abraham Lincoln. However, I think this one best exemplifies his foresight. He could have stayed in the race and the corrupt politician would have likely won. Think about the cascading effect that would have had on our country’s history. Lincoln took the long view of the situation and brought about profound changes in our society.

As we celebrate Presidents’ Day in the United States, let’s reflect on our own foresight: What are the future implications of a convenient decision we might make today? Looking back from that place in the future, did we make an ethical choice? How have we factored in the impact on others?

Please continue to engage with us and offer a story to share about foresight! 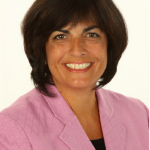